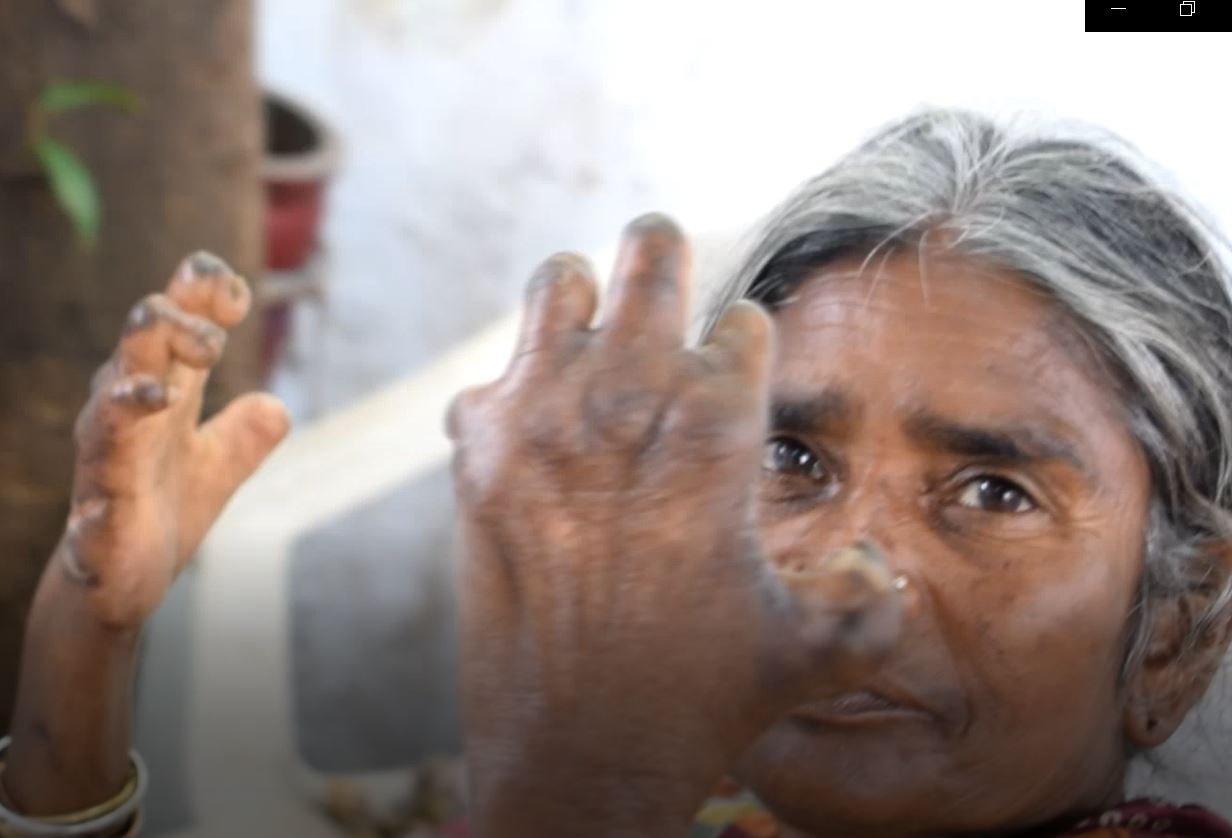 Savy came being pushed in a cart by her adult son. Leprosy long ago claimed most of her fingers. Her feet have been amputated. (She is in the attached video.)

For her and lepers like her in India, the Hopewallah medical mission is making a life-or-death difference.

“She told me, ‘You come here and you take very good care of me,’” Dr. Andy Babbili said.

Andy, a member of St. Christopher, leads an annual medical mission to the leper colonies of Hyderabad.

He left this past October and stayed for six weeks. He traveled with three local physicians. Each week, the team visited a different camp and treated a total of 1,680 patients.

Patients came in wheelchairs while others walked with canes -- many severely disfigured from the disease and shunned in their homeland.

On this recent trip, Andy took many medications and medical supplies donated by parishioners. He also gave out at least 50 pairs of donated eyeglasses. He used donated funds to purchase about 100 walking canes, which he then distributed.

Each patient received a blanket and mosquito protective nets.

Andy says the leper colonies now confront a new danger. As cities have expanded, interlopers are increasingly encroaching into their land and pushing the colonies into even more remote areas.

When he goes back now, he says the lepers often want to know when he’s returning. He says he is now working to find local doctors who can see them more frequently.

Hopewallah also provided scholarship assistance to two pharmacy students who he expects will eventually help with the medical missionary work.

Andy started the medical missionary work to honor the legacy of his late father, Prabhudass Babbili, who served as Bishop of the Karimnagar Diocese of the Church of South India.
Andy’s father would often walk or bicycle to spread the Gospel to the area’s remote leper colonies.

“After he died, one of the leper patients came to us and said what’s going to happen to us now?” Andy said.

Andy’s father died in 1996. He made his first medical missionary trip in 1998. The nonprofit Hopewallah – meaning “one who provides hope” – was founded in 2007.

The Bible teaches us about Jesus’ healing of the leper. A man approaches Jesus and says, “Lord, if you are willing, you can make me clean?” Jesus touches the man and the man is cured of his leprosy.

Just as Jesus ministered and healed the lepers, Andy is following in the holy footsteps of our Lord.

Andy wanted to extend a special thanks to all those who have helped the ministry.

The next annual Hyderabad leprosy medical fundraising event is scheduled for 6 p.m. to 9 p.m. May 16 in the St. Christopher parish hall.

To help the ministry, click here at www.hopewallah.org. You can also designate a donation for Hopewallah through the St. Christopher giving page, Give | St. Christopher Episcopal Church.

return to Walking In Faith

More from Walking In Faith

Rector's message: A call to a deeper relationship with God Taking the ashes on the road